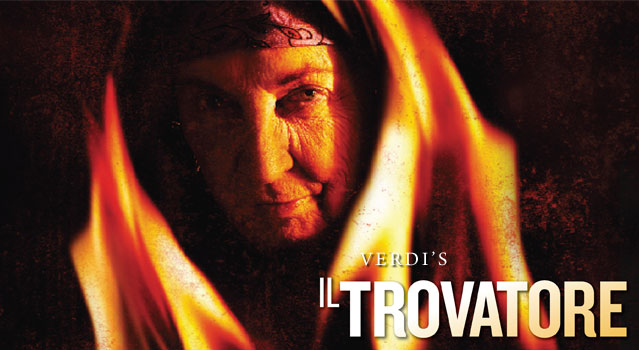 Fifteenth-century Spain. Civil war, deep secrets, love, hate, and vengeance. Two brothers — Manrico and Count di Luna — separated at birth (unbeknownst to each other), are in love with the same woman and fight to the death for love and country. Meanwhile, a gypsy (Azucena) avenges her mother’s fiery death and a beautiful aristocrat (Leonora) sacrifices her honour to save the man she loves. When the Count gains the upper hand in the feud by imprisoning Azucena and Manrico, he orders Manrico beheaded, only to learn too late that Manrico is his long-believed-dead brother.