The Barber of Seville as styled by Al Simmons

The Barber of Seville as styled by Al Simmons was originally made possible by
leading support from the Safe at Home Manitoba program.

Manitoba’s most famous comedian of invention, Al Simmons, has translated the story of this popular comic opera from Italian to English and plays all the characters in his condensed version.

You will be figa-rolling in your seat!

Rosina is in love with the Count who is pretending to be someone else. Dr. Bartolo is determined to wed Rosina, and Figaro, the jack-of-all-trades barber, is having a bad hair day!

Al wears many hats and wigs in his show.

Here’s the instructions on how to make your own paper hat.

Colour The Barber of Seville

A selection of colouring pages adapted from photographs of Manitoba Opera productions of The Barber of Seville and of Al’s show.

The Creative Genius of Al Simmons

Manitoba’s own, Juno Award-winner Al Simmons is a creative genius whose charm and humanity have won over a legion of fans at theatres and festivals around the world. His highly original performances of profound wackiness and his off-the-wall inventions take the arts of music and comedy to unparalleled heights of hilarity.

He’s a musician! He’s an inventor! He’s a nut!  He’s been called the Thomas Edison of entertainers, a wizard of one-liners and a lightning bolt of lunacy. His astounding gadgets, preposterous songs, impeccable comic timing and kooky take on classic vaudeville have thrilled and entertained fans of all ages for 4½ decades.

One evening in Seville, Count Almaviva (disguised as “Lindoro”) serenades Rosina from outside the home of her guardian, Dr. Bartolo. Figaro arrives on the scene, and the two contrive to sneak Almaviva inside to meet with Rosina. Meanwhile, Bartolo conspires with Don Basilio to marry Rosina for her fortune. When Almaviva enters the house disguised as a drunken solider, his disorderly behavior creates confusion. Pretending to be Lindoro, Almaviva takes the opportunity of this distraction to deliver a letter to Rosina.

The next day, Almaviva returns disguised as the music tutor “Don Alonso,” substituting for Basilio who he claims is ill. Bartolo falls for the ruse, and during a “music lesson” Almaviva (still pretending to be Lindoro) and Rosina make plans to run off together. Bartolo, realizing he has been tricked, determines to marry Rosina that very night. He convinces Rosina that Lindoro, working for Almaviva, has deceived her. Heartbroken, she agrees to marry Bartolo. Later, Figaro and Almaviva sneak into the house with a key that Figaro had snagged earlier. Almaviva reveals his true identity to Rosina. Basilio, instructed by Bartolo to bring a notary, appears and agrees to bear witness to  the marriage of Rosina and Almaviva. Bartolo, arriving too late, begrudgingly accepts that he has been beaten.

At the time that The Barber of Seville was premiered, the role of the professional barber was changing throughout Europe. Up through the 1700s, barbers – then called barber-surgeons—performed a wide range of tasks relating to caring for the personal needs of others. These tasks included trimming hair and shaving beards, cleaning and pulling teeth, and even rudimentary surgery and blood-letting (for centuries it was believed that “bad blood” was a cause of many maladies, and needed to be periodically drained from the body). As physicians in Europe were forbidden from performing surgeries, those duties fell to the barber-surgeons, who also handled embalming and autopsies.

Over time the practice of surgery evolved into its own discipline. Royal decrees in France (1743) and England (1745) forbade barbers from performing surgery, and the College of Surgery was founded in England in 1800, further separating the roles of barber and surgeon. The skillful hands of the barber were set more exclusively to the fields of hair, skin, and scalp care, and the modern barbering profession grew towards what we recognize today.

We know from Rossini’s opera that Figaro does more than just trim hair and style wigs for the other characters in The Barber of Seville. His famous aria “Largo al factotum” is all about how much everyone in the city depends on him. While you watch the video, look and listen for some of the other services the different characters require from Figaro. Just like Al Simmons, Figaro wears a lot of hats!

Check out The Barber of Seville study guide.

Click on a link below to scroll directly to the section.

Activities You Can Do At Home

Ask someone to sing a famous piece from an opera and chances are it will be “Figaro, Figaro, Figaro!” from The Barber of Seville. Officially known as “Largo al factotum della citta” in Italian, the aria (another word for song) showcases Figaro the barber singing about how he is being called by everyone in town (“largo al factotum”- calling a barber) for his services. Back in the day, a barber or “factotum” was a general servant who could do a bit of everything.

It was a Flop the First Night

This comedy gem is over 200 years old. When it premiered in Rome in 1816, it was a flop – the audience hissed and booed, there were accidents during the performance, and legend has it that even a cat wandered onto the stage! However, by the second night the audience had changed its’ mind and The Barber of Seville quickly became one of the most talked-about shows in town.

The Composer was a Writing Machine

The Italian composer Gioachino Rossini was very productive!  The Barber of Seville was written in just 13 days. It is said that he completed two operas a year for 19 years and then retired at the age of 37 never to write another opera again. He did enjoy writing songs for his dog’s birthday each year though. What a lucky canine.

The Barber of Seville has been referenced multiple times in pop culture in television and movies, notably featured in Looney Tunes with Bugs Bunny as the “Rabbit of Seville” and “The Long-Haired Hare.”

Figaro’s aria, “Largo al Factotum”, was used as the overture to the 1993 film Mrs. Doubtfire, with the late Robin Williams singing along.

The Barber of Seville has been featured in advertising since the 19th century for everything from canned meat to automobiles!

This Program was Originally Made Possible By 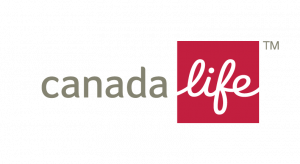